The first and only shareware collection we released for the Apple II computer. Of this bunch, Ark Quest is likely the best, despite the horrible control scheme. There might be some interesting code under the hood to learn from. Be kind. I was really young when I released this!

A simple dual-axis shooter. You control two guns that fire towards the center of the playfield.

A "first person" RPG in "3D". Explore the tower, acquire weapons, fight horrific creatures, and find the ark! Not a bad game, but for some reason, I decided to go with a two-word parser for input instead of just simple keypresses. Hint: "take sword" and "take chest" along with the usual "N", "S", "E", "W", "U", and "D".

This isn't a complete game, but kids in my neighborhood liked it at the time, so I decided to include it on the disk. Launch warheads into orbit, taunt your opponent, then take them out! This program began life as a test of "delta animation" - only drawing what needed to be changed - to see if animation quality could be improved in AppleSoft.

Honestly, I stole this from a pen. The pen had colored bands around it and you were to rotate them and line them up so no color was repeated in any column down the pen's body. Now in digital form! 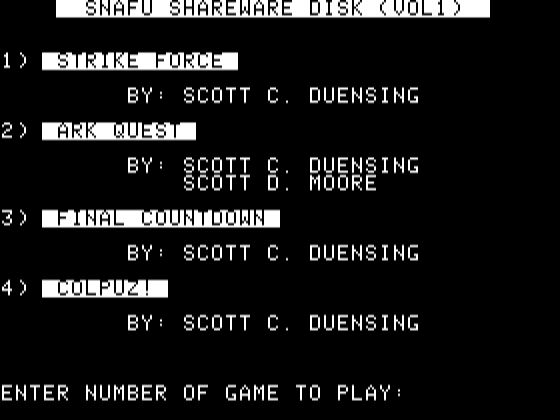 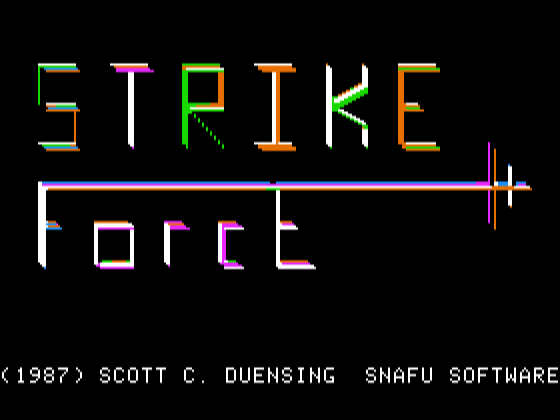 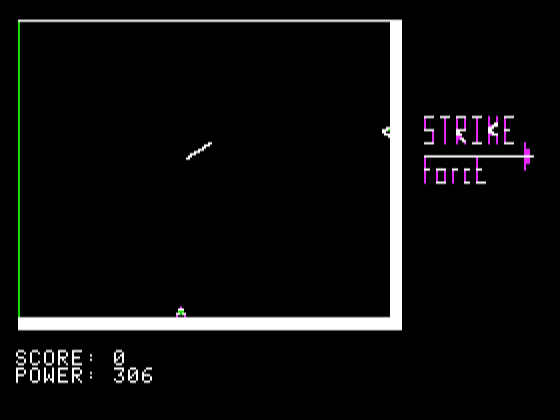 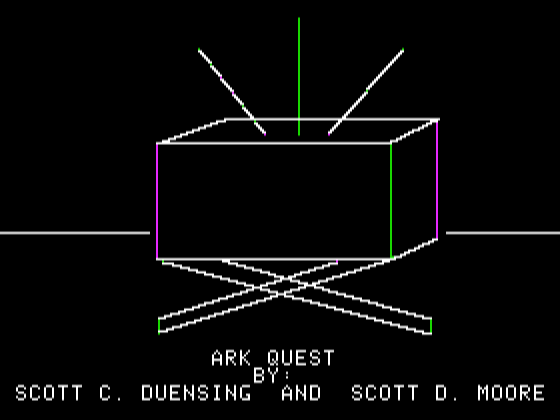 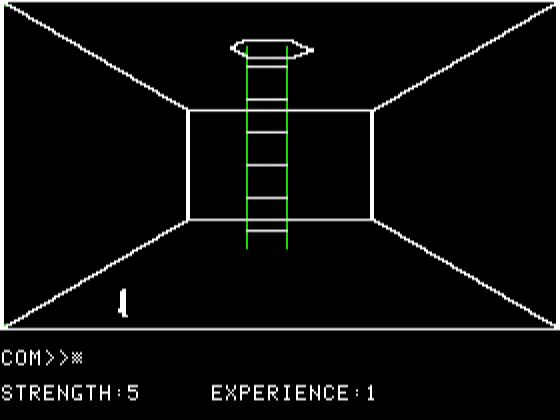 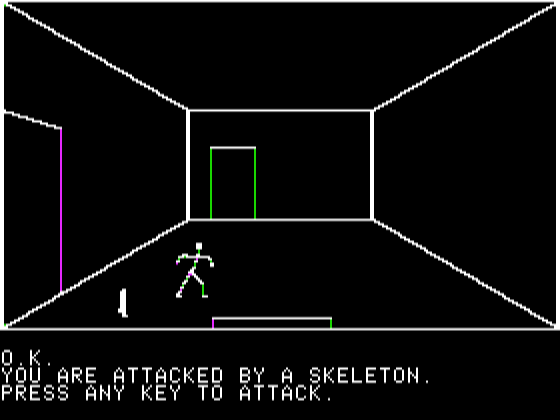 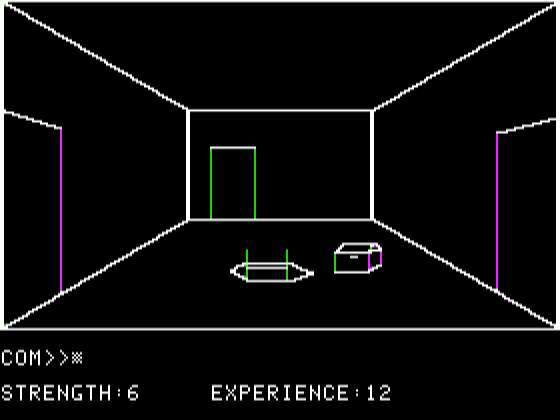 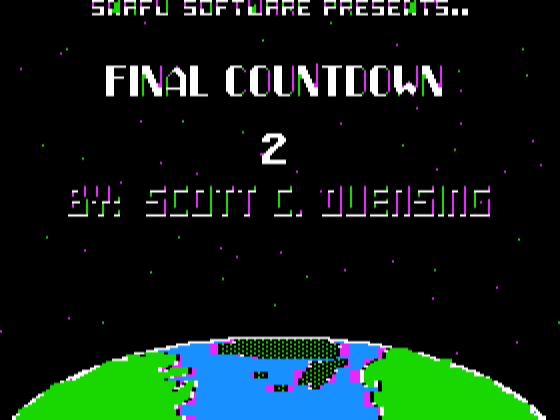 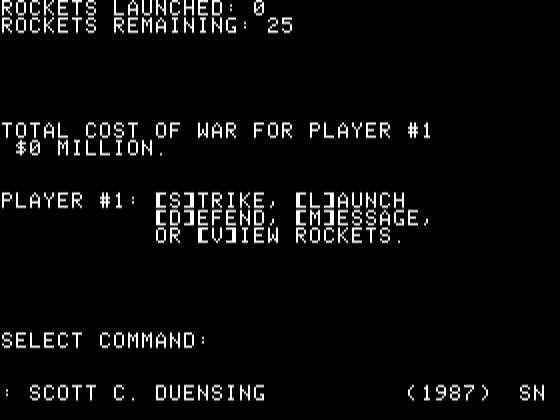 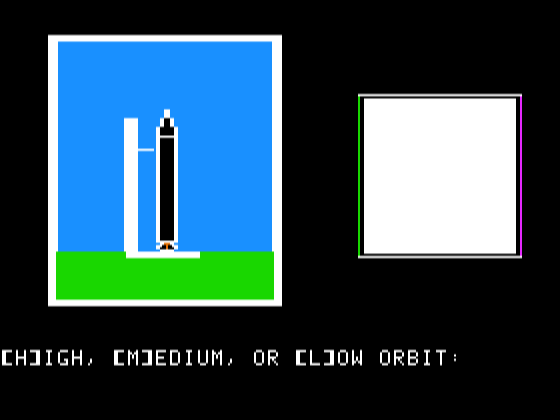 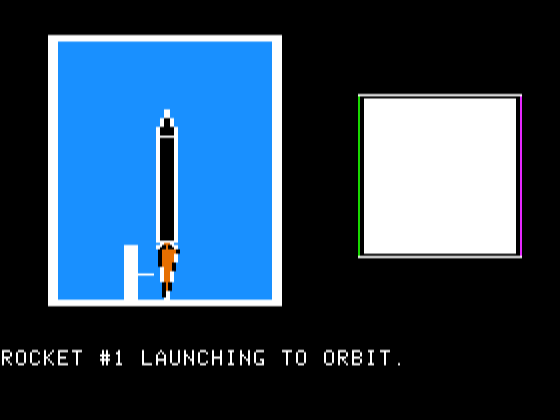 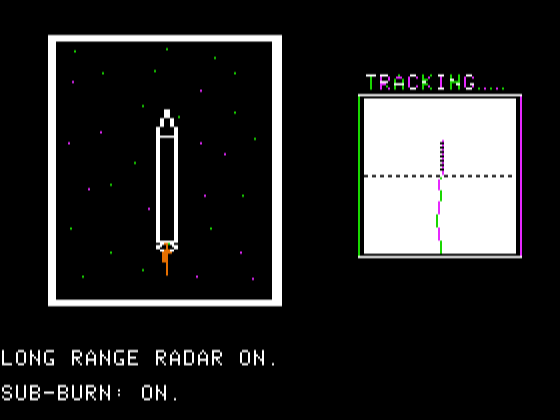 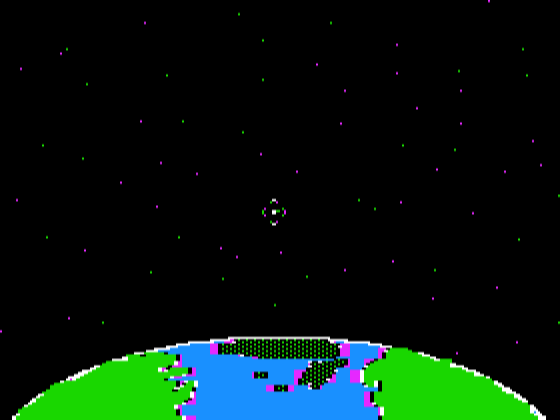 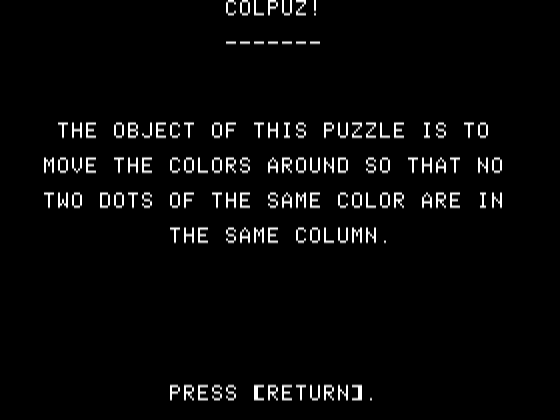 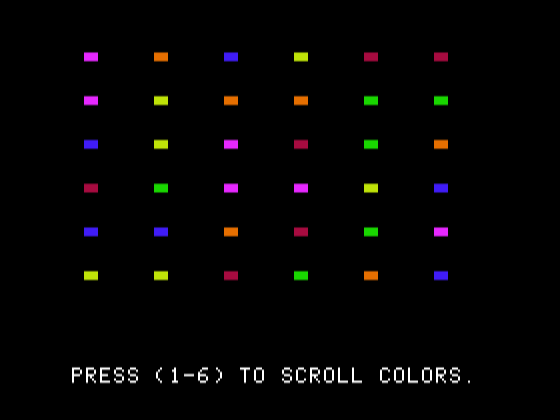