Likely released closer to 1984 than the 1987 date it was packaged for this archive, Sean's Missing is a graphical adventure game for the Apple II line of computers written in AppleSoft BASIC.

This game was written in a single two-day marathon coding and art session. We only had one computer, so we took turns working and resting. There was no plan. There was no sleep. Everything was made up as we went. And it shows! This game is terrible. The code is terrible. The art is passable for a couple guys who can't draw. The "music" is even worse.

But we did it. Two guys, two days, one finished game! 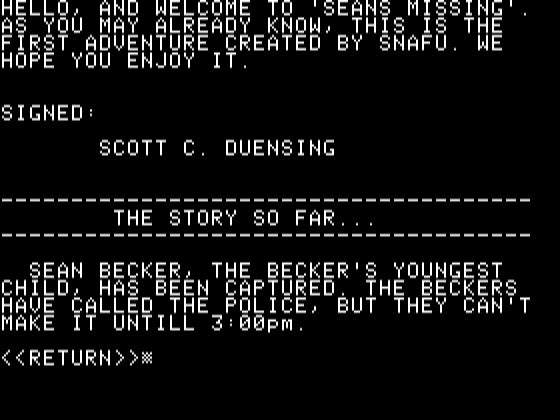 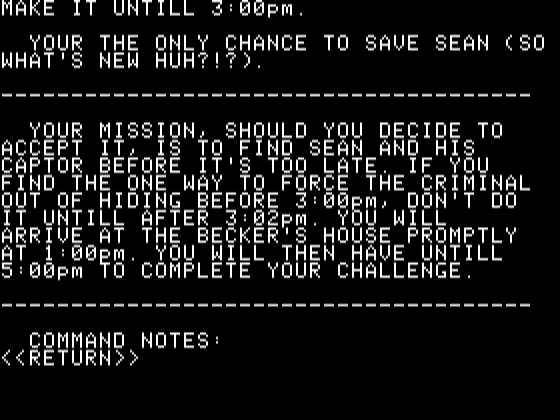 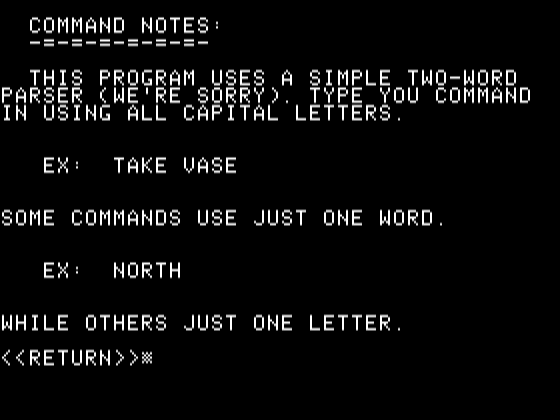 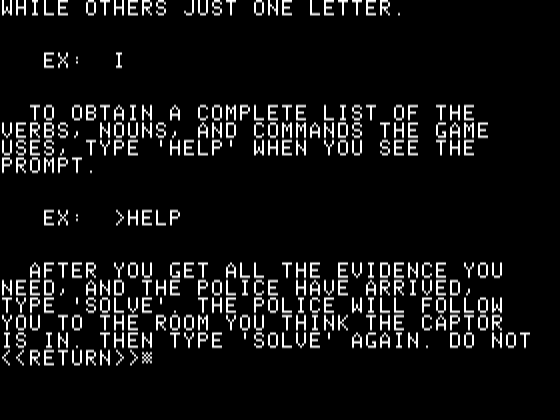 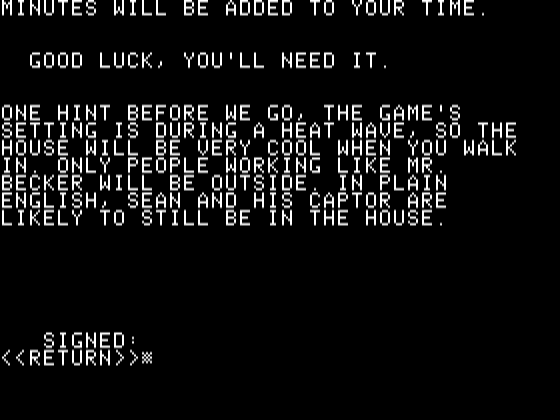 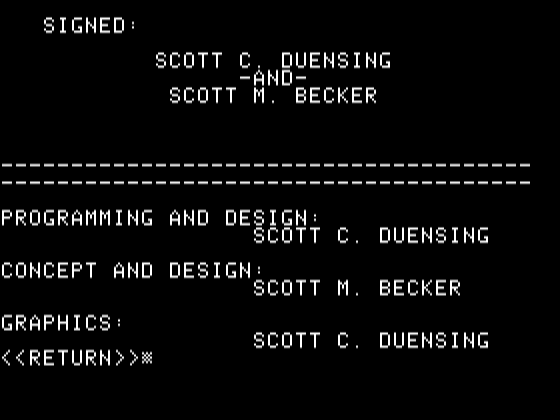 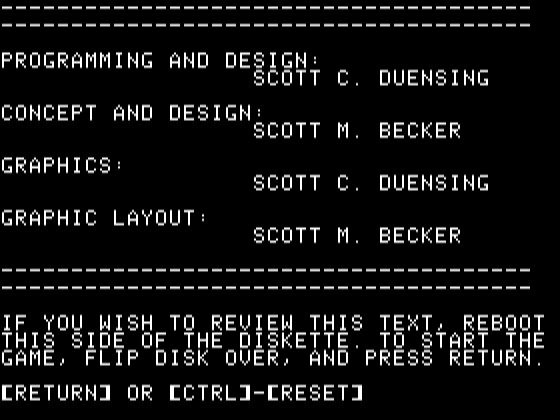 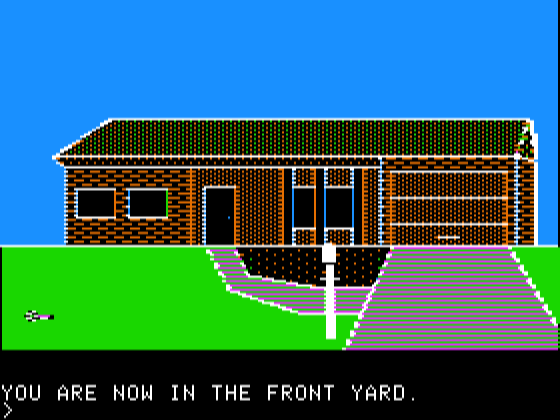 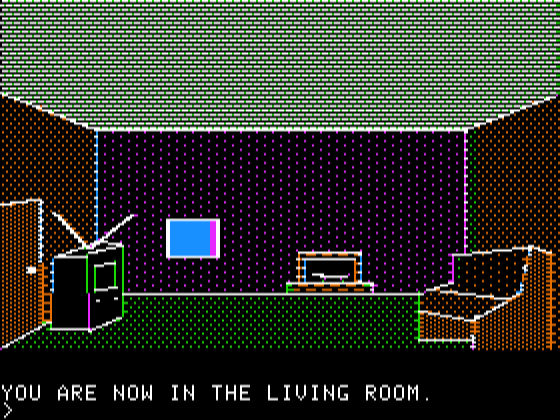 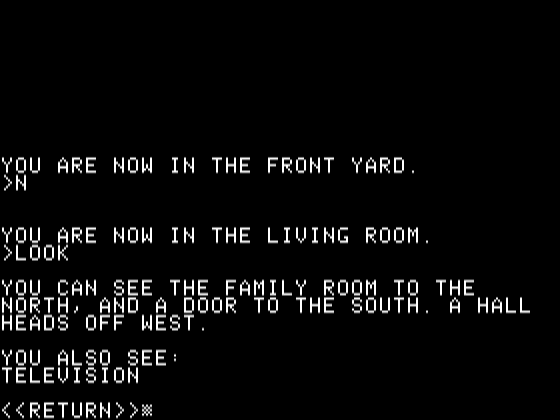 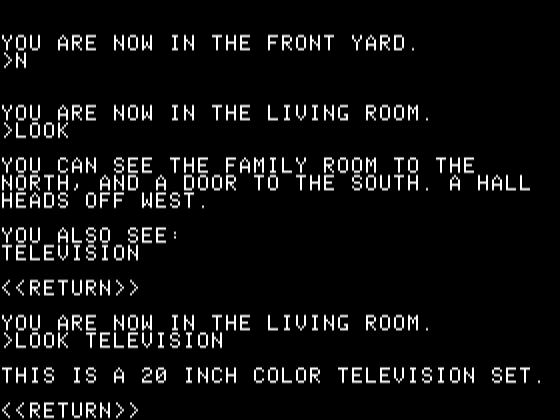