With GETS, a BBS program can control almost any function of the remote computer system - Graphics, Sound, Text, Diskettes, almost anything! Current BBS games & programs can be easily converted to GETS enhanced software, and new software written for GETS will allow never before imagined capabilities to be included into online games and utilities. Imagine games with digitized sound and high resolution graphics - tutorials that can show accurate examples over a modem - anything "local" software can accomplish, GETS can perform while online.

GETS, or Graphically Enhanced Terminal Software, predates RIPterm by a couple of years (v1.0, that is), yet never had the traction RIP achieved. Unlike RIP, scripts were human-readable and writable while achieving similar (or better!) file sizes.

Prior to version 2.0, GETS was installed as a file transfer protocol in an existing terminal package. A special "wake up" string would automatically trigger the protocol to process the script to be handled by GETS. While this worked very well, it didn't allow for interactive scripts or games.

Sadly, much of GETS has been lost to time. We are still trying to locate several doors, including GETStris, a pretty slick BBS Tetris clone. 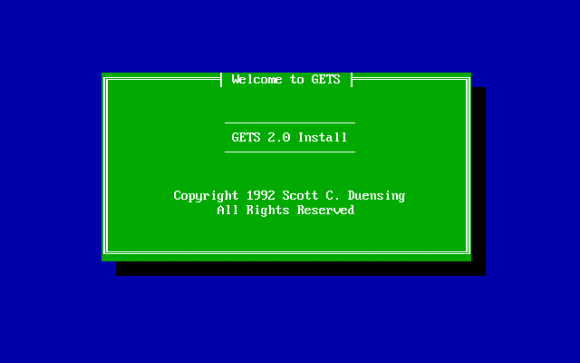 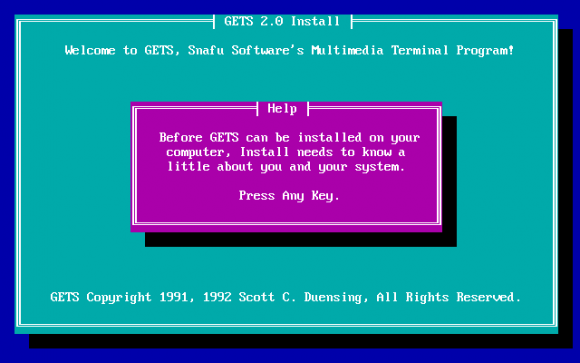 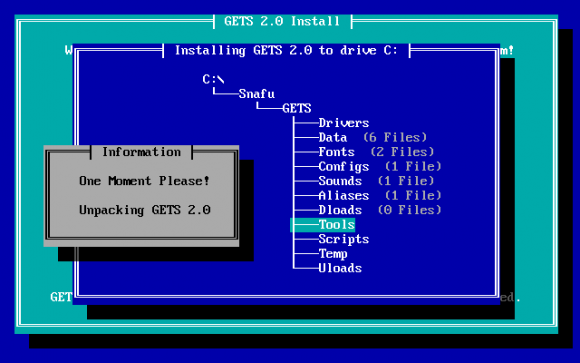 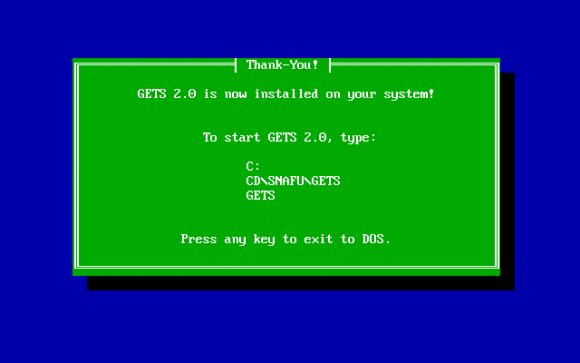 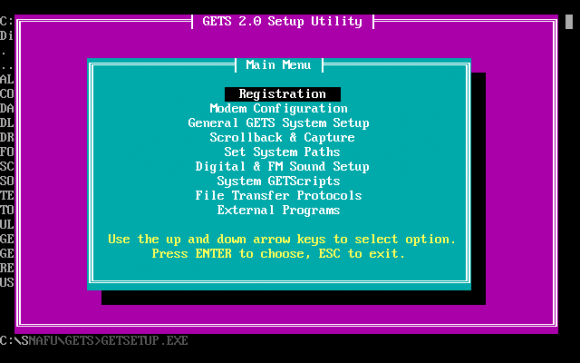 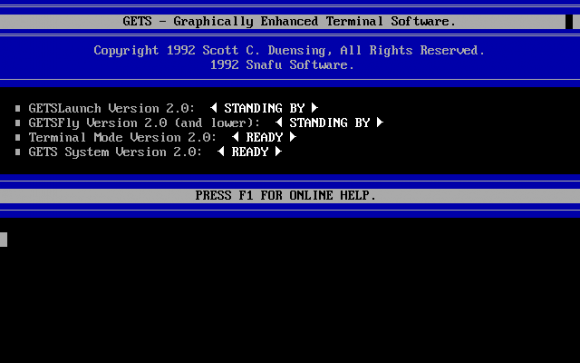 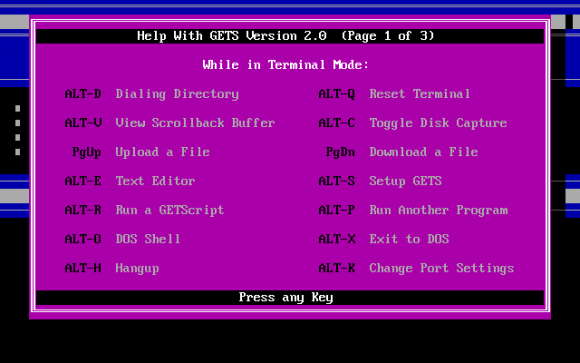 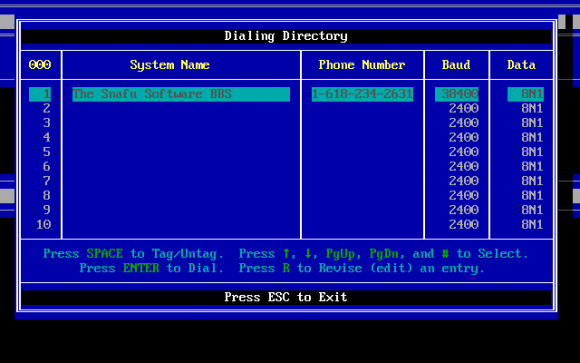 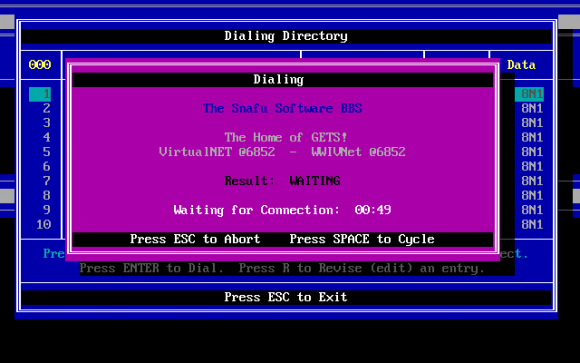 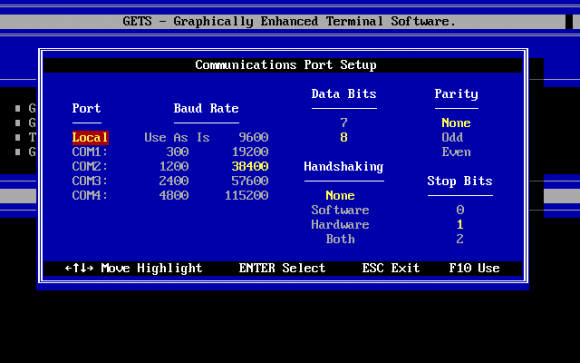 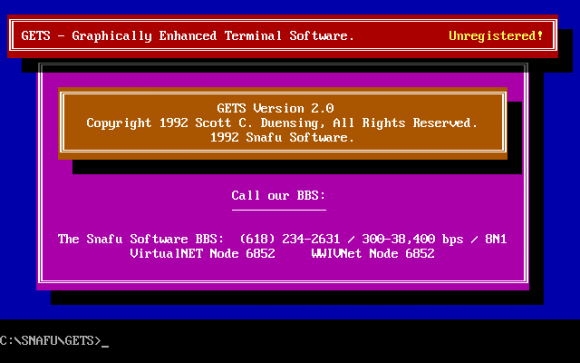 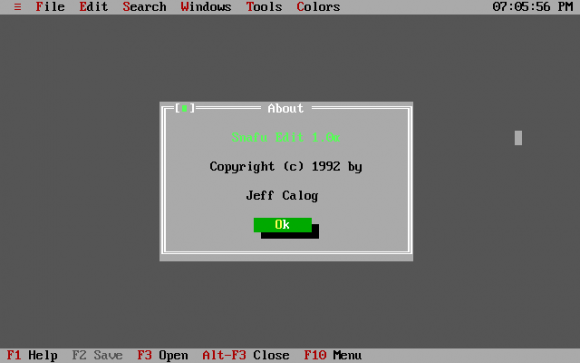 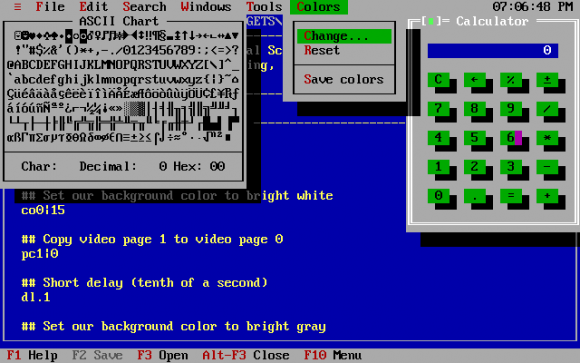 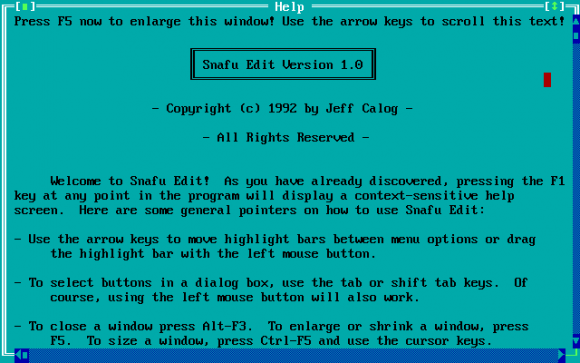